Revolution may be unavoidable

The stand-off between Cricket South Africa and the Minister of Sport has high stakes – potentially the viability and sustainability of professional cricket in the country.

The board of directors, if they really are acting in unison as claimed by acting president, Beresford Williams in his staggeringly arrogant letter to the Minister, Nathie Mthethwa, then they have proved, as one, that they have no care or concern for the players, supporters or sponsors.

“…as soon as it became clear to me that the CSA Board was either unwilling or incapable of addressing the deluge of negative publicity around their leadership of the sport, I reminded SASCOC of their responsibility to step in and assist without prescribing the nature of their intervention. This is very different from “issuing a directive” to SASCOC to intervene into the affairs of CSA,” Mthethwa wrote to the board before his patience snapped.

Now he has informed the ICC that he intends to do exactly what their membership constitution forbids – intervene. It means, as much as the ICC don’t want to ban CSA, they will have no choice. On many occasions in years gone by, especially involving Sri Lanka and India, the ICC has been able to twist and turn as the governments in those countries involved themselves heavily in the administration of the game. A blind eye was turned. They can’t do that this time. Mthethwa has done his best to ensure that.

Like everybody else, he is sick and tired of the lies, deception and dishonesty. And the arrogance. Who thought it was a good idea to accuse the Minister of acting unlawfully? Was it CSA’s lawyers, Bowman & Gilfillan, whose advice around the handling of the Fundudzi forensic audit report has been woeful from the start? Perhaps it was the CSA company secretary, Welsh Gwaza. In case you missed it, this is what Williams had to say to the Honourable Minister:

“The members of the CSA Board have now had an opportunity to consider your request that they ‘step down. Each one of them is of the view that he / she will not ‘step down’ unless duly removed from office in accordance with the applicable provisions of CSA’s memorandum of incorporation. They are of the view (and have been advised) that you do not have power, in terms of the National Sport and Recreation Act 110 of 1998, to require members of the CSA Board to ‘step down’.

“Furthermore, we are of the view that such a requirement probably constitutes government interference in CSA’s governance, regulation and / or administration, as contemplated in the memorandum of association of the International Cricket Council (ICC) and, as such, interferes with CSA’s contractual obligations to the ICC and jeopardises CSA’s continued membership of the ICC.

“In the circumstances, we are constrained to notify you respectfully that the members of the CSA Board will not comply with your request that they ‘step down.”

‘Respectfully’? It would require another forensic audit to find any trace of respect in that correspondence.

“In addition to the National Sport and Recreation Act 110 of 1998, you seem to selectively quote from, to show that I do not have the power to intervene, you are kindly reminded that as a sovereign country in which I am the Minister responsible for Sport, Arts and Culture, there is a raft of laws at my disposal, that empower me to deal effectively with recalcitrant behaviour within my portfolio,” Mthethwa replied. And now he’s proved it.

The R75 million which the England tour is worth to CSA might just be enough to get them through this curtailed domestic season. The quarantine camp, the bio-security and travel arrangements, the practice facilities – everything has been organised and is ready to go. England are due to fly on November 17, train in quarantine conditions at Newlands and two secure club grounds for 10 days and then play three ODIs and one of the three T20 Internationals at Newlands with two T20Is at Boland Park in Paarl. International protocol for bilateral series dictates that incoming teams pay for their own travel on commercial airlines but the ECB are even prepared to pay the £380,000 it will cost to charter a plane from London to Cape Town. It just requires the green light from government. Just 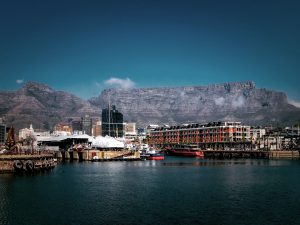 Meanwhile, behind the scenes, enquiries are being made and plans laid for the unthinkable. A revolution. If the CSA board is so intent on protecting and serving itself, and will not step aside, then they will have to be pushed. Or isolated to the point of oblivion. Could an alternative governing body be established, perhaps even with the blessing of the Minister? Would the ICC be open to the possibility?

Two of CSA’s major sponsors, who have now walked away from the game because of the reputational damage suffered during the last 18 months of greed and deception in the boardroom, have been asked whether they would consider being involved in a break-away movement with specifically targeted association with the Proteas. Talks are confidential and sensitive, but the fact that they are taking place at all is revealing.

Consider this from the Minister: “I have no interest in getting involved in the operations of any of the National Federations. Having said that, I cannot be expected to just stand by when there is clear evidence that a particular leadership in sport is not rising to the occasion.”

Nobody wants a revolution. Everybody would prefer reconciliation. But that is now impossible unless the liars, the gravy-trainers and the power-drunk, delusional people who have created this mess step aside. But they have spent almost a year making it clear they will not. Revolution may be unavoidable.