England will arrive to a smouldering battlefield 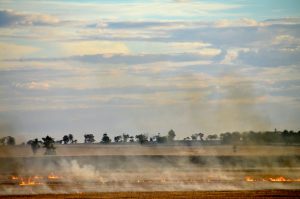 Much as we may hope that Cricket South Africa’s problems are starting to be resolved, the truth is that they are not. Worse – it will take years to resolve the legal issues. The greatest individual strength and determination will be required to keep the operational side of the game on track and the national game financially viable.

The England tour in late November and early December is critical to the financial survival of CSA but the Minister of Sport, Nathi Mthethwa, holds that decision in his department. The Operations Department of CSA is ready to go for the England Tour. The bio-secure bubble is ready to go, the transport arrangements have been made and the security arrangements are in place.

Although holiday-makers are not allowed into South Africa from the UK, there is an exception for professional sports people. The ECB is still deciding whether they will send their squad on a charter plane to Dubai where the players would do their 10-day period of quarantine before entering SA or whether it will be possible to come direct to Cape Town and train there in a quarantine bubble.

It all seems so impossibly hopeful while official permission for the tour has yet to be granted, but the plans have to keep being made in the expectation that the green light will come. The tour is worth around R70million to CSA, money it desperately needs. That has been explained to the minister whose people, presumably, spent the weekend perusing the 468-page forensic audit report into CSA’s administrative and financial bungling over the last four years, and briefing him on it.

The Parliamentary Portfolio Committee (PPC) also have a copy of the top-secret report as do SASCOC. They have all been required to sign a non-disclosure agreement in order to read it and they are not happy about it. Documents presented in parliament are constitutionally public property. Expect pertinent details from the report to leak freely next week. There are too many political points to be scored by the multi-party PPC.

“CSA has requested the Chairperson of the PPC to make a ruling in terms of the relevant provisions of the Rules of the National Assembly, declaring that the Forensic Report is a confidential document,” they said. Wishful thinking.
The problem for CSA is credibility. There is none left. Why should anyone believe them?

“As publicly stated by CSA on various occasions and public platforms, the contents of the Forensic Report are confidential at this stage because it is a provisional report, because aspects of the report are subject to further investigation, and because public dissemination of the report at this stage may impair the integrity of the investigation process and undermine the implementation of remedial steps by CSA.”

So hard to believe. Even harder to imagine how they could use the words ‘integrity’ and ‘remedial steps’ with, apparently, a straight face. The secrecy and determination to keep the report hidden has bred nothing but suspicion and mistrust.

Sacked CEO Thabang Moroe is completely exposed in the ‘summary report’ as the incompetent, self-serving and possibly fraudulent imposter that he was. (We have to say ‘possibly’ because the report by forensic auditors Fundudzi is not a legal document.) But former COO, Nassei Appiah, is also revealed as a signatory on a number of Moroe’s dodgy deals and contracts. I contacted him earlier this week and, far from running or hiding, he was bullish about both his innocence and the need for the full report to be released. 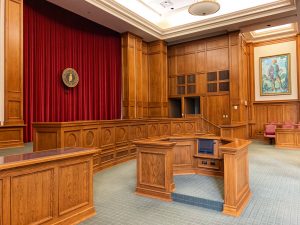 “If, as per (CSA lawyers) Bowman, they are blocking its release to prevent exposure to litigation, which individuals have exposed CSA to litigation? Why is CSA not confident about the litigation? What have they done so wrong that requires sacrificing the truth at the altar of expediency? Basically, what Bowman is saying is that, if the truth is known, CSA could be in real shit so let the truth be covered up.

Is that the best way public funds can be used?” Appiah asked. 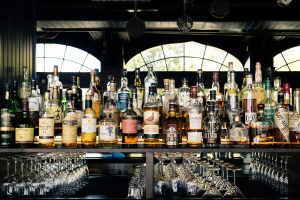 While an alcohol spend of R64,830 on his CSA credit card was attributed to Moroe, Appiah was said to have spent an eye-popping R201,372. Fundudzi’s report made it look like one hell of a party. “It’s the total alcohol spend over a period of 48 months and relates to a number of events locally and overseas,” Appiah said.

As I said, this could take years to sort out. In the meantime, we try to believe in the game on the field. Domestic cricket starts again on November 2nd and it is a sign of how much faith in the game has been eroded that only one out of seven competitions in the men’s and women’s game is sponsored. Momentum has already confirmed that they will no longer be around next year.

If and when England do arrive in this country, they could be forgiven for feeling they are visiting a smouldering battlefield.

« You can’t hide crimes, if they exist, forever.
Revolution may be unavoidable »