There used to be very few shortcuts onto a provincial board of directors. It took the better part of a lifetime starting at junior or club level where collecting membership fees and raising cash for a new pitch roller would take up many hours of your time.

The time playing for the club eventually came to an end and more hours would be spent doing the paperwork, sitting on league committees and making sure the nets were playable and that the covers were repaired.

The wisdom and experience gained during these years meant you were consulted on a wide variety of issues but it was largely an honorary position with a chief executive and the permanent office staff running the show. Some of the presidents with legal or financial backgrounds would also sit on the board but it was not to be recommended as there was a constant problem with conflicts of interest.

The rewards for a lifetime of service to the game were largely prestigious. Hosting lunch in the president’s suite, or being hosted by other presidents, and handing over cheques and trophies at post-match presentations. There was a token allowance of R750 to cover ‘expenses’ for AGMs (not including flights and hotels, obviously) and, once in a while, an overseas trip to watch a few World Cup games.

It wasn’t excessive or problematic, by and large, because everybody understood you were there to serve the game.

It was an amateur set up for an amateur game and was predominantly filled by amateurs. In the wake of the IPL ‘bonus scandal’ of 2009 a Commission of Inquiry was established by the Sports Ministry and chaired by retired judge, Chris Nicholson.

In light of the money in the game and CSA’s expansion into a multi-million rand business, he recognised the need to restructure and professionalise the board. He said it was critical for the board to consist of a majority of independent directors to ensure the ‘greater good’ was pursued and to avoid provincial biases and local politicking.

In order to secure the services of the best people and to recognise the increasing commitment their roles required, Nicholson said payments should be introduced. A specialist remunerations company, 21st Century, was engaged. They recommended R96,000 per annum on the basis of four meetings per year – with the required research and preparation – at R24,000 each. Chairing a committee would be worth an extra R20,000. 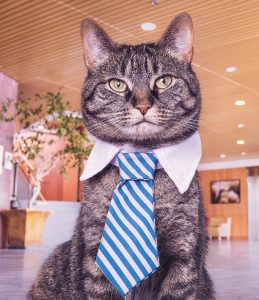 It was enough to be worthwhile but not enough to change the dynamic of ‘service to the game.’ So the change was adopted. Crucially, however, the Nicholson recommendation about the majority of directors being independent was not adopted.

In the eight years since the Nicholson report was handed over, the board have hiked payments to around R350,000 per director with the president receiving closer to R400,000. That has changed the dynamic completely. It makes a material difference to men whose full-time jobs are as debt collectors for the City of Cape Town or insurance salesmen.

It means that principles and respect are no longer factors in the job – or in the ‘position’ because it really is not a ‘job’. It has taken the ‘honour’ out of honorary and made the majority of the current incumbents believe that the game belongs to them rather to the players and fans. Instead of serving the game, the game is serving them. And rather nicely. 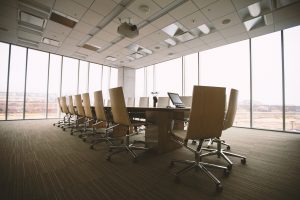 It must be harder to make rational decisions, see sense and recognise the overwhelming tide of dissatisfaction sweeping against you when you stand to lose over R30k a month and you are anything but independently wealthy.

To be clear – it is not just about the money. It is about the collective change of mindset that it brings. The selfishness and lack of humility, the entitlement that comes with the regular supply of largely unearned cash.

I was asked how I thought the players would be affected by the organisation’s rotting head when they play against England next month. I suspect their disenchantment and anger will translate into furiously good cricket and we will be treated to some excellent cricket. A crisis can do that, short term. But the head is still rotten and it is just a matter of time before the rest of the body is affected – unless the head is replaced.