Today I’m writing about a phone call from a man who I haven’t seen or spoken to for 15 years. Like most politicians he rubbed some people up the wrong way and could be outspoken, but real sports people who met him always enjoyed his personal engagement. Like so many people from the Eastern Cape, he was steeped in sport – especially rugby and cricket.

Given that CSA’s suspended chief executive, Thabang Moroe, was relieved of his duties just a few hours ago, perhaps I should be writing about that. But his lawyers have indicated that he will be taking the matter to court so it seems prudent to wait. Enough has been said and written for now.

I suspect, too, that the independent forensic audit into CSA’s administration and Moroe’s chequered time in charge will be released, in some form, sooner rather than later. If it is not done so officially, there can be little doubt that it will be leaked. It is highly unlikely that Moroe will go quietly leaving the board members who theoretically oversaw his administration to carry on as normal.

In case you missed it – which will obviously be the case for readers around the world – CSA’s media release said as follows:

“Mr Thabang Moroe was offered sufficient opportunity to provide representations to the independent forensic auditors and to the Board regarding the allegations of misconduct, which opportunity he failed and/or refused to utilise.

There is the subject of the CSA AGM scheduled for September 5 and the directorship nomination of a Border official charged with assault. There is also the fact that Vuyokazi Memani-Sedile chairs the nominations committee, oversees the nomination process – and is also one of the three names on the nomination list for an independent directorship. There are only three vacancies.

But back to the phone call. Ngconde Balfour was Minister of Sport back in 2003 when Graeme Smith was appointed captain of the national team. 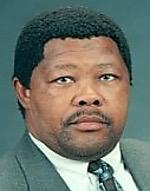 “I introduced him to Thabo Mbeki and we had a close relationship in those early days of his captaincy. I still have the photo of the three of us together. We got to know each other well – he was a very young man back then but I saw that he was a good man,” Balfour said.

“He was my captain and I know he will survive the accusations that are being thrown at him. I support him fully. I don’t know anything about the board of directors, they seem to be a big problem, but Graeme was an opening batsmen who survived against the best bowlers in the world and he will survive this assault against his character.

“He was a youngster when he took over – how could he understand all the dynamics of what was going on. His job was to lead the team to success on the field and that is exactly what he did. Whatever accusations people make against him now are unfair. How the hell was he expected to know what was going on behind the scenes? I support him fully and unconditionally,” Balfour said.

Having vacated his ministerial position with sport and moved to Minister of Correctional Services just a year after Smith’s appointment, Balfour can easily be accused of speaking without context or relevance. And the critics would be right. Balfour admits that he has “had very little to do with politics” for the last eight years while enjoying retirement on his farm in the Eastern Cape mountains.

So why call? What was the purpose. Why not just tend to the cattle and enjoy the serenity and peace of the hills? “It seems that there is something going on. Graeme Smith does not deserve this…something. I see things and read things that are just not true about him. I just wanted to say something. I back him fully. South African cricket needs him, now just as much as it did in 2003 when he led us from a different crisis.”

« Time for a Revolution
Cricket South Africa – the way forward »