Somewhere over the course of the last decade the CSA Members Council (MC) has lost sight of its role. The 12 provincial presidents, plus the MC president and vice-president are shareholders in the game but the MC was always intended as a council of oversight and privilege rather than power.

The Nicholson report, commissioned by the MC, envisaged an independent company, CSA, managing professional cricket and reporting to the Members Council. The MC’s role is not the operational management of the company but rather to be custodians of the vision. They facilitate the appointment of the CSA board to operationally manage cricket, sign off on strategy and monitor performance.

Shareholders take a longer view and should have no involvement in the day-to-day operational management of the game. Once the broad strokes of strategy have been agreed, their involvement need be no more than two meetings annually – one to sign off on the strategy the Board need to implement, and one the AGM.

They should, of course, still be afforded the respect and ‘perks’ that shareholders enjoy by entertaining – and being entertained – in their presidential suites and representing their unions at post-match prize-givings. But they are not, and were never intended to be, operational managers of multi-million dollar industry. 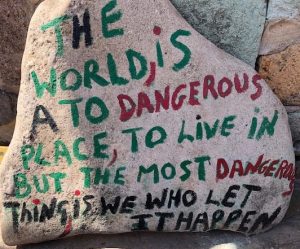 They need to liberated from all the ‘noise’ in the system because they do not have the operational mandate or capacity to manage it. Their energies are focused on managing cricket in their unions. The CSA board needs to be completely rebuilt from scratch and the criteria regarding the skill set of directors that the Members Council should use to elect the CSA Board are critical. They must define a “job spec” with the multi skills and experience required clearly defined. Directors nominated from the Members Council must be strictly limited in both number and to those who have the relevant skills and experience to meet these specs.

The prime requirement for the MC nominated directors is a successful record in managing cricket which can be at many different levels – from professional to amateur, tertiary education or high performance. Then, the independent, non-executive board directors must provide the rest of the skills required to run such a huge organisation. And they must be in the majority.

These skills include: Legal, financial, marketing, HR, commercial, media and sponsorships as well as knowledge of the international cricket network. It is also important that all must have knowledge of the game, or at the very least, an affection for it.

If nominations for independent directorships are made by Members Unions or filtered by management then they are not, by definition, independent. Instead, nominations should come from the cricketing public and bodies that are involved in cricket administration of schools, franchises, high performance academies and importantly SACA, representing the players.

National Legal associations can be consulted to shortlist candidates for legal skills, the national association of accountants for financial skills etc. An independent committee could then be established to evaluate candidates referencing the job specs so that the board is multi-skilled, competent and, crucially, independent and without hidden agendas.

That way directors can be appointed based on their skills and experience rather than an affiliation to a Member or a faction. The final composition of the short list should, of course, comply with transformation guidelines of racial representation.

The role of the Board and its relationship with the Members Council needs attention. From the outside it is obvious that the board became dysfunctional under the previous CEO which unfortunately necessitated intervention in operational matters by the MC. Nothing disempowers a board of directors more than interference in day to day operations by non-executive directors.. The appointment of a permanent, experienced and qualified CEO will enable the board to empower rather than micro manage the business while providing the necessary oversight.

Cricket South Africa’s statement concerning the postponement of the AGM scheduled for September 5 made mention of the report compiled by Judge Chris Nicholson. It is over 100 pages long and deals comprehensively with all of these issues and many more. Some of it is well above my pay grade as a cricket writer and commentator, but much of it is not.

It has become embarrassingly obvious over the last year that the current Members Council will do nothing to dissolve the board and start again, because half of them sit on both and their personal ambitions are greater than their care for the game.

So perhaps the answer is to ask the Members Council to keep their privileged club together but to consider constructing a board of real, qualified professionals to run the game. People who know what an integrated television rights and sponsorship contract looks like, and how to negotiate one. Men and women with the necessary skills and expertise to turn CSA around.

Lunch in the Long Room would be so much more enjoyable. Wouldn’t it?

« The affable, amenable Balfour
So many unanswered Welsh questions »