Sometimes the quietest days can be the busiest and, as the England team wiled away their final hours in South Africa and packed their bags for the charter flight home, South African Cricket’s better legs were kicking furiously beneath the surface attempting to undo the damage caused by the abandoned tour.

It will take some time before South Africans, never mind cricket followers in the rest of the world, come to learn of the efforts of CSA’s Operations Team and Medical Committee and the lengths to which the Vineyard Hotel staff went to make the tour a success.

The ECB’s own medical staff were consulted extensively and worked with their South African counterparts in a collaborative atmosphere of cooperation at every turn. When CSA and the ECB announced the postponement of the ODI leg of the tour, the ECB offered a full endorsement of the procedures and protocols used during the tour.

Remarkably, the board of Sri Lanka Cricket (SLC) did not wait for the evidence or a report from England’s decision to leave South Africa. On Wednesday they voted to cancel their tour to the country for the Boxing Day and New Year’s Test matches.

In the space of 24 hours, a combination of influences, from Sri Lanka coach Mickey Arthur to CSA Interim Board member Haroon Lorgat and CSA Director of Cricket, Graeme Smith, to ECB CEO Tom Harrison, managed to convey the reality to SLC and the decision was reversed. The tour will go ahead.

The knee-jerk reaction from Sri Lanka is exactly what the cricket world needs to guard against. As CSA’s Chief Medical Officer, Dr Shuaib Manjra said, the ECB – and every other major cricket nation – may become victims of the success of staging a full international schedule, involving four different touring nations, without a single infection.

During the English summer the players were required to eat meals wearing rubber gloves. Protocols were brutal and no player suggested otherwise. It was the England players’ request, through the ECB, that the tour took place in Cape Town and that they were based at the Vineyard Hotel. And it was a condition, not a request, that they were allowed to play golf. None of that is unreasonable, but it does point firmly to an ‘agreement’ that a less restrictive ‘bubble’ was required by England’s players before they agreed to tour.

Dr Manjra said weeks before the tour began that positive Covid tests “should be expected.” It was more important that procedures were in place to deal with them than trying to stop the unpreventable. “The nature of infectious diseases is that they manifest in different ways and in different spaces, you can’t completely control them. I get a sense that England is a victim of its own success. It was done at enormous cost, that we can’t afford. England will probably admit that it is unsustainable to do that,” Manjra said.

“You get positive cases, the game goes on, it’s becoming a fact of life, it’s part of public health, it’s about how you deal with it. You can’t develop an attitude that you have one or two positive cases and suddenly you feel unsafe.

“There is no place that can be completely sanitised – you can do it, but it comes at enormous cost. It is unsustainable for any sport – Lewis Hamilton just tested positive, does that mean the Grand Prix schedule comes to a halt?” No it doesn’t.

The sad truth is that cricket’s world is beset with self-gaining politics. Dozens of series and tours, all crucial to the financial survival of the games smaller Test nations, have been cancelled or postponed. The backlog is already impossible to fix without radical departures from usual scheduling. Cricket will be played in winter months and separate Test and Limited Overs teams will compete concurrently. Those ideas were abhorrent just a year ago, but now they are acceptable. Times are changing rapidly. 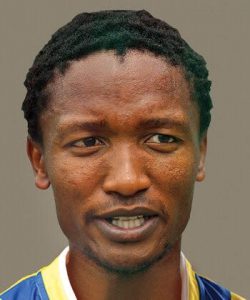 Finally, CSA’s Interim Board of Directors are continuing to show the steely resolve so desperately required to restore faith and confidence in the game. A cynical attempt to undermine the work of the nine-member Board, led by former Easterns president Xolani Vonya and former SA Cricketers Association (SACA) president, Omphile Ramela, appears to have failed.

Interim Board Chairman, Judge Zak Yaqoob, said from the outset that “difficult decisions will have to be taken in order to restore CSA’s credibility, and some people will be uncomfortable with those decisions.” It would appear that some people, having had their hopes or expectations or personal gain dashed, have already expressed their discomfort. By the time most of you have read this, more “difficult” decisions will already have been made. And there are more to come.

« ODI series crucial amidst admin change
Is yet another boardroom war looming? »