A toast to Michael Vaughan and the Aussies…hopefully

Soon after England’s players decided to abandon their short tour of South Africa – and make no mistake, it was the players’ decision – former England captain Michael Vaughan climbed slightly too easily on the ‘bash CSA’ bandwagon and declared that there was “no way” Australia would tour here in Late February and March for their three-match Test series.

There have, subsequently, been some less than reassuring noises being made by Australia’s players and administrators about their commitment to fulfilling the fixtures. They have made no secret of the fact that they would “see how things go during the Sri Lanka tour.” In other words, if there are any positive tests for Covid-19 during the tour, they would be all the excuse they need to stay at home.

From my understanding, that’s like expecting someone to have a swim in the ocean, shower with fresh water and soap, dry off with a towel – and then pass a test for salt residue. Most will pass, but this is a pandemic. Apart from the world’s idiots there are hundreds of thousands of ‘positive’ people who have taken the virus extremely seriously and have no idea how they contracted it.

“We do have protocols, and from day one everyone has been adhering to them,” said captain Quinton de Kock. “We have that responsibility but it’s nothing that we can’t handle. It’s a small thing we can do to help out, to ensure tours during bubble life and Covid times. We do what we can to make sure our bubble is safe.”

The bio-secure environment for this series is stricter than the one requested by England whose players were clearly suffering ‘bubble fatigue’ after almost six months in restricted conditions of some sort for many of them. It is always worth remembering that playing golf during the tour was not a request by the tourists, but a condition of touring.

“We had authorised vehicles to take them straight to the first tee at pre-arranged courses – they did not use the clubhouse or other facilities and returned as soon as they had finished. I don’t believe they were made vulnerable to the virus by playing golf but it is indicative of their desire to be a little more ‘relaxed’,” said CSA’s Chief Medical Officer, Dr Shuaib Manjra.

Both teams are staying at the Irene Country Club just four kilometres from Supersport Park in Centurion, venue for the Boxing Day Test. It is a vast expanse of real estate on which social-distancing is hard to avoid, even in the best of times. All of the staff who will be looking after the two teams will be staying on-site for the duration of the tour. There will be no ‘green zone’ and ‘red zone’ as there was at the Vineyard Hotel for the England tour. 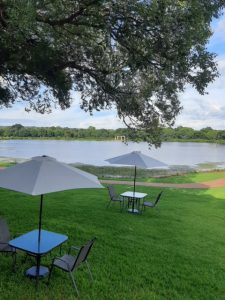 Many people will be making sacrifices to make the Test matches safe, not least the players and squad management: “Most of our guys have been in a bubble for well over three months,” Sri Lanka head coach, Mickey Arthur, said this week. “And there has been absolutely no compromise in Sri Lanka – visitors are required to spend 14 days in isolation. It’s been tough.”

The Sri Lankans, in fact, will remain in a bubble at the end of the New Year’s Test at the Wanderers, transferring the morning after the Test match to a sanitised charter plane for a direct flight to Colombo from where they will be transferred by helicopter to Galle which will stage the first of two back-to-back Tests against England starting on January 14, just six days after leaving South Africa.

Arthur’s return to South Africa is tinged with some personal regret of his own: “I had been looking forward to seeing my father, daughter and little grand-daughter at some stage, however fleetingly, but obviously that won’t be possible as we are not allowed to leave the Country Club and no visitors are permitted.”

Is Manjra confident that this bubble won’t be breached? “Nobody can be ‘100% confident’ that there will be no infections in any bio-secure environment with a virus as insidious as this one. That would be fantastic if we achieved that, but it is how you manage the infections which matters. That is what we had prepared for during the England tour, and it is what we have prepared for now.”

Arthur, who landed on Jo’burg with the team doctor three days ahead of the team to go through protocols, has publicly backed Manjra and the CSA Operations Team – as did the ECB’s medical team despite what Eoin Morgan and his players said.

“From a playing perspective I am completely happy that the authenticity of Test cricket has been preserved. Our doctor asked all the medical questions and, too, is reassured that everything possible is being done to give us the best chance of playing the series,” Arthur said. 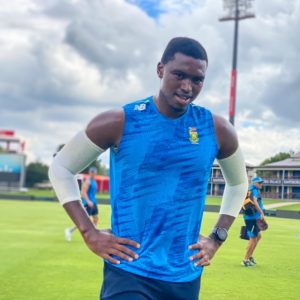 De Kock described how the players collected their evening meals one-at-a-time and then returned to their rooms to dine alone for the first three days in the ‘Irene bubble’ so that social-distancing can be maintained wherever possible. If a player or squad member does, somehow, contract the disease, the chance of passing it on is limited and the cricket can continue.

I enjoy Michael Vaughan and get on well with him. Nothing would make me happier than raising a glass to him, via Zoom, if and when the Aussies touch down in February. He’d raise one back, too.

« Is yet another boardroom war looming?
RIP – Robin David Jackman »