The pain of losing the IPL final by a single run

The cricketing world now has its collective focus on the World Cup. But for Eric Simons and many thousands of Chennai supporters, the pain of losing the IPL final by just a single run is still lingering.

I do not think I have ever been in a quieter change room after a match than the Chennai Super Kings change room after the final. I have spoken often about the experience of the squad and perhaps it was this that made the change room seem so quiet. Most of the players had seen a similar movie before and each was coming to terms with their own emotions. There were no hysterics or scenes of despair, just reflection and some time to allow the physical pain of defeat to heal, as it inevitably does with time. Dealing with these moments of strong emotion is an important part of being a professional cricketer.

There were the expected wild scenes of jubilation outside on the field as Mumbai celebrated their victory. Faf and I were watching the scenes on the muted television in our change room when he said to me: “Two more runs and our change room is like theirs and theirs is silent. Such is cricket.”

A tournament of 60 cricket matches comes down to a single run needed off the last ball to go to Super Over or two for the win outright. I felt deeply for Shardul Thakur who had bowled so well in the Mumbai innings. His plan to Hardik Pandya, bowling back of a length, had worked so well when he skied a ball to covers. Unfortunately Suresh Raina spilled the chance and now here he was, sitting with a towel over his head in obvious frustration and emotional pain having missed the final ball of the match and been trapped lbw by Lasith Malinga.

I suppose to a neutral observer it was the perfect final with the result unknown until the final delivery and the balance of power swinging back and forth between the two teams. For Stephen Fleming and myself it was particularly frustrating because, in 2017, we were with Pune playing against Mumbai in the IPL final at the exact same venue. On that occasion we were also on the wrong side of a tough result losing, again, by just one run.

Once more Shane Watson had shown his value in the big matches and his almost lone battle took us to the brink of what had seemed an unlikely victory when MS Dhoni was run out at 82-4. He had batted superbly despite an untreated gash in his right knee which bled continuously through the latter part of his innings. It required seven stitches after the game. Shane thought it had happened during his last, desperate dive to make the crease but photographs show his blood-soaked pants several overs earlier. Such was the adrenalin he didn’t even notice. 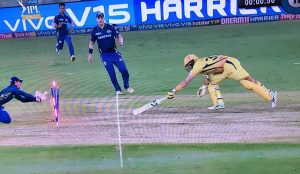 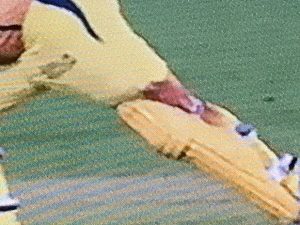 To me the IPL is close to the cutting edge of development in modern cricket. The eight Franchises are comprised of the best minds from different teams and cultures from all around the world. Think of the opening partnership formed by David Warner and Jonny Bairstow for Sunrisers Hyderabad. There are plenty of pictures of them embracing each other as one of the other reached yet another milestone. Compare this to the intense battles between England and Australia in the Ashes – and a particularly tense relationship between the two of them. Normally enemies, now allies in thought and deed.

Every IPL team makes use of information about their next opponents provided by their international teammates. Ideas are shared openly and debates on everything from run chases to how to structure the perfect over. As these discussions take place the tournament changes ‘shape’ batsmen dominate bowlers and then bowlers begin to gain the upper hand later on as pitches are used a second or third time.. Teams become desperate for wins and tactics change again. In the beginning many people thought the novelty of the IPL would ‘wear off’, but not any more. I believe it has played a huge role in the way the modern game is played. Not everything has been good or to universal appeal but you cannot ignore the influence of the IPL.

The three Proteas players involved in the final had to get back to join the team in Cape Town for World Cup preparations as soon as possible so it was arranged for the full contingent of us to head straight to the airport after the game. A 4:30am flight from Rajiv Ghandi international in Hyderabad to Dubai and then on to Cape Town. It didn’t help to meet Quinton de Kock at the airport with all his smile and Mumbai bags when we just wanted to sulk in peace.

After some reflection we realised that, true to human nature, instead of celebrating what we had achieved – a very good league stage, an excellent performance in the second qualifier against Delhi to make the final and then being part of a fantastic final –  we were sitting dwelling on what we didn’t achieve. Time to move on. Learn from mistakes and set sights on the next target. For Faf, Imran and Quinny, the enormous task of the ICC World Cup is starting soon.

« The curious case of Christopher Morris
THE run out….. »