The Madness must stop

On Friday evening Cricket South Africa’s lawyers advised the Members Council that, should they choose to defy the Minister of Sport and refuse to appoint and cooperate with the Interim Board of directors, and the Minister cancelled England’s tour of South Africa as a result, then they would have a strong case against him in court.

Let that sink in for a moment.

The possibility of taking the Sports Minister to court should never have come up. But when it did the Members Council should have realised just how deep its collective descent into madness had become. Cancelling the England tour would cost CSA over R70million in lost income. Even if it was ‘legally’ possible to recover that from the Ministry of Sports, Arts and Culture, it would take years. The game would bleed to death.

And yet that is the decision they took. Only two provincial presidents have broken rank. In the case of Eastern Province’s Donovan May, who has spent the last 18 months telling anybody who would listen that the board were “doing a great job” and blaming the “negative publicity” on the media, the u-turn has more than a suspicion of expediency. 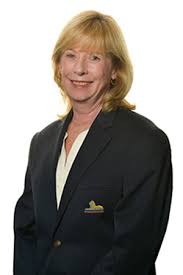 That is most certainly not the case with Central Gauteng Lions president, Anne Vilas, who is the most recent addition to the Members Council and both untainted by its lack of governance and unaffected by the madness. “In the best interests of the game, we are 100% behind the Minister and strongly oppose the actions and sentiments of the majority of the Cricket SA Members’ Council’s decision to challenge the Minister,” she said after Friday’s meeting.“It is our duty to place the game of cricket first in all our decision making and serve the cricketing community to the best of our abilities. With the full support of the CGL

Board, we recommend that the Members Council appoint the interim Board of

It should be a source of comfort that there is, at least, one sane person in the room. It is, however, a great deal more concerning that she is in such a small minority.

The Minister agreed in last week’s letter to the Members Council.

“None of the grounds mentioned by you… constitute either rational and/or reasonable grounds (not to recognise the interim board). By contrast, there appears to be an attempt to frustrate the process of correcting the many wrongs that exist within CSA which the members council has consistently, and publicly, acknowledged.”

Even his threat to intervene and place CSA under administration had no effect: “I will exercise my powers under the Act and issue a directive in that regard. In the event that you fail to comply with my directive, I will not hesitate to impose the sanctions available to me in terms of the Act. The interim board require your consent, and your co-operation; not your filibustering tactics, and attempts to frustrate it from getting to the bottom of what is rotten in South African cricket.”

Chairman of the Interim Board, retired Constitutional Court judge, Zak Yacoob, was clear about what he believed had transpired:

“I suspect the members council feared administration and the repercussions the minister is now promising, and to avoid that it falsely agreed with the minister and then reneged. In other words, they broke their promise.” 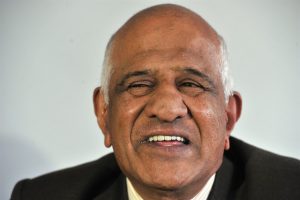 He also said that the MC’s objection to the presence of former CSA chief executive, Haroon Lorgat, was a “giant red herring” and that their concern was more likely the speed with which the Interim Board were doing their work – and what they would find.

“We began interfering too quickly and too soon. They became very uncomfortable. It could be said that we should have bided our time, treated them nicely, pretended that we were going to be good to them. Then they might have confirmed us. Maybe that was a mistake on our part,” Yacoob said with polite sarcasm.

The Members Council told the Minister that there had been a “breakdown in relations” between them and the Interim Board. It is doubtful they ever intended to have a working relationship. CSA’s acting chief executive, Kugandrie Govender, issued instructions to the rest of the executive not to cooperate with the Interim Board and not to respond to any of their queries.

Yacoob said the CSA executive, including company secretary Welsh Gwaza, had been: “…uncooperative, difficult, unresponsive, arrogant and sometimes rude. That has been part of the problem. We have been trying to get information from them, trying to bring them to account,” Yacoob said, suggesting some of the treatment his fellow interim directors had experienced was “hooliganish and thuggish in the extreme.”

“That they’ve got too much to hide is the only inference that can be drawn. That opinion may be wrong, and they can prove it wrong by saying, ‘Come into our offices and look wherever you like, you will never find that we did anything wrong’. If they do that, I will withdraw my opinion and apologise.”

The Minister has been outstanding throughout this debacle, time and time again offering the Members Council the chance to do the right thing. His only ‘mistake’ so far was to issue a statement saying that the Interim Board would ‘report to’ the Members Council rather than ‘provide reports to…’

“I’m quite certain that the minister was saying we should report to them in the sense that we keep them advised of what we are doing, and we try to get everyone together and work together as much as possible. We try and consult with them as much as possible, and we make sure we take them into account in the work that we do. They have interpreted that to mean, wrongly, that we are accountable to them and we must do what they tell us to do. Or what they authorise us to do. And we were not prepared to accept that,” Yacoob said.

So, the Members Council are protecting themselves, their lawyers from Bowman, Gilfillan are ‘earning’ hundreds of thousands of rands and the CSA company secretary – who used to be employed by Bowmans – is suggesting they can win a legal battle with the sports minister.

If any part of that comment is incorrect then I, like judge Yacoob, will apologise and withdraw it. The madness must stop.

« Civil war is amongst us – let the good guys win
Belt and Braces Bubble. »