Not being able to say sorry is regrettable but not having the chance to say thank you can linger just as long. It has been almost 33 years in this instance and, although the man is still alive and well, I may never get the chance. So I’ll put it in writing and, who knows, perhaps it will reach him.

My first season of full-time cricket commentary coincided with the last of an extraordinary career which spanned no less than 28 seasons during which Norman Gifford, MBE, played an eye-watering 710 first-class matches including 15 Tests for England claiming a staggering 2068 wickets.

He would surely have played many more games for his country had Tony Lock’s international career not continued for seven years after Gifford’s emergence as a 20-year-old and Derek Underwood, who was five years his junior, not had such a long international career.

Gifford had moved from Worcestershire to Warwickshire for a final swansong, and it was while commentating on all Warwickshire’s games during the 1988 season that I met the great left-arm spinner. Professional cricketers working beyond the age of 40 were more common in those days but, nonetheless, at the age of 48, Gifford was an outlier. He seemed impossibly old to a 21-year-old junior in the media ranks and, indeed, to the vast majority of his teammates, many of whom were less than half his age.

For the sake of context, I am now four years older than Gifford was then and find it suitably amusing that I regarded him with such reverence. He may have been the starting point for my fascination with sporting longevity that remains just as strong today.

His skill with the ball was undiminished right until the end although, needless to say, he was reliable in the field rather than dynamic, but it always struck me as impressive that he was still able to throw the ball into the ‘keepers gloves from even the most distant boundary on the country circuit.

When Gifford began his career, it was not just accepted for players to smoke in the dressing room, it was normal. As was a pint of mild during the lunch-break. But times had changed after almost three decades, and the great man was perfectly content to puff on his unlit pipe at the end of the game and wait for the privacy of his back garden to have a puff on the real thing. I reckon I only saw smoke once during that entire season.

When it came to an end, I was handed my first major interview assignment, a 90-minute retrospective on his truly inspiring career. It was the most daunting job of my fledgeling career, and I was proportionately intimidated. I have never interviewed a single person for an hour and a half since, certainly not in one sitting. A 90-minute ‘into mic’ interview is broadcasting’s equivalent of an ultra-marathon.

I asked what he thought of the change from three-day county matches to four, and he told me the story of one match, in his debut season in 1960, which finished in a day. Kent batted first on an already treacherous pitch and mustered 187, the latter part of the innings completed in drizzle which turned into a downpour just as they were dismissed.

It was the days of uncovered pitches, he explained, to my astonishment. Here we were in 1988, and he played first-class cricket on uncovered pitches? By the time Worcestershire batted conditions were farcical, and they were bowled out for 25 and 61 to lose by an innings and 101 runs! I asked whether he took any wickets, at least, and he said: “A few, yes (4-63) but I made a smashing nought not out in our first innings…”

When the interview finally finished, we were both exhausted, Gifford from talking and me from the emotional and nervous energy expended. But it was done, the relief and sense of achievement threatened briefly to overcome me. As I reached down to press ‘stop’ on my recorder, I saw that I had pressed ‘play’ at the start of the interview rather than ‘record.’

The blood turned my cheeks red and then, just as quickly, drained away. Tears came to my eyes.

“What’s up, lad, you look like you’ve seen a ghost,” Gifford said, concerned.

“Nothing, Norman…it’s ok,” I said, believing my career to be over.

“Well then, there’s only one thing for it, isn’t there? But I think we deserve a strong cup of tea before we start again, don’t you? I played cricket for 28 years, you’ll not find me worrying about another hour and a half. Anyway, it’ll be better second time around. Practise is a good thing.” He made me a cup of tea, and we did it again.

Each time something has gone disastrously wrong in the last 33 years, and there have been a few, I have called upon the example given to me by ‘Uncle Norman’, who turned 80 on March 30. I never saw him for the next couple of seasons, and then I returned to South Africa to continue my career. But I have never forgotten him, never will, and will always be grateful. 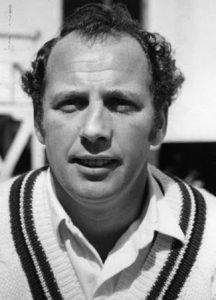 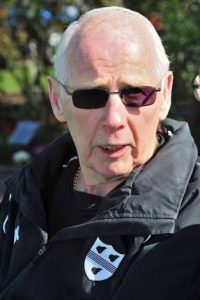 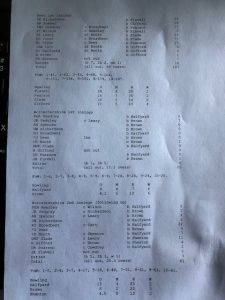 « Cricket, like all sport, needs to stand on its own feet
“Cricket is full of good people doing good things for the benefit of many.” »