Most human beings are remarkably resourceful in dealing with adversity. Fishermen have survived at sea for months living on rainwater and seagull flesh. Others have been dragged from collapsed buildings weeks after survival hopes had apparently been extinguished.

Often it is not until long after they have been rescued that the strain of what they went through sinks in. The enormity of their experience makes it ‘other worldly’ and, occasionally, there is delayed shock. They find it hard to explain.

I have a very minor version of this when I think back to Lockdown Level 5 when I ran 10 kilometres on my driveway every day for over a month. I find it harder to believe now that we were not allowed out to exercise than I did at the time. Did that really happen?

There is a larger and longer version of this phenomenon, however, one that started over two years ago and dragged on interminably. Unlike the Coronavirus, for which everybody knows there will be vaccine, there were times when many of us genuinely doubted there would – or even could – be a cure for the malaise at Cricket South Africa. 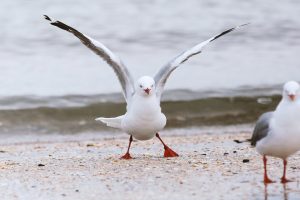 I don’t even care if it sounds like hyperbole. After all, I haven’t been forced to drink seagull blood to survive for the last 12 months, but it genuinely felt as if my means to earn to a living was being eroded by a majority of CSA board members who cared only for their perks and privileges and had no understanding or empathy for the thousands of people who depend on the sport and the hundreds of thousands who love watching it.

Sponsors, on whom the game depends, walked away citing reputational damage. They and many others called on the board to resign. Costs soared and income dwindled, yet in board meetings they told themselves they were doing a good job and blamed the media for the negative publicity. I wasn’t alone in feeling threatened. Several professional players contacted me to ask if I thought they would still have jobs and salaries in the future. I had to say I wasn’t sure.

Now that the board has finally been replaced by a nine-member interim board, I have remembered what it feels like to be optimistic again. A weight has been lifted with the appointment of good, honest and approachable people who are not just prepared to tell the truth but actually want to. It would be only right and proper for them to be remunerated for their time. The fact that they have not even discussed the topic of payment yet should tell the old board all they need to hear. The interim chairman, retired judge Zak Yaqoob, and governance expert Judith February, have expressly stated that they will not be asking for or expecting compensation. February said she regarded the task as a “national duty.” They accepted their positions because they care about the game and have been pained by its demise.

The restructuring of the domestic game can now be tackled because seven of the nine new board members have no history of provincial affiliation. If financial imperatives mean that provincial cricket needs to return to amateur status with professional, franchise cricket increased from six to eight teams, those hard decisions will be made dispassionately and for the greater good of the game.

The provincial presidents, who comprise the Members Council, were told by interim board president, retired judge Zak Yaqoob, that they and their institution would be respected but that, for at least the next three months, they would have no part in the administration of the game. Provincial bias will not only be eliminated for the next three months, however. The interim board has vowed to restructure CSA’s constitution to demand a majority of independent directors and an independent chairman.

The Members Council and the old board were advised by CSA’s lawyers, Bowman & Gillfilan, not to reveal the contents of the forensic audit into the organisation’s administration and finances for fear of litigation. The MC commissioned the audit. Their lawyers told them to keep it under wraps. You don’t need to be trained sniffer dog to detect something rotten in that. The interim board agrees. 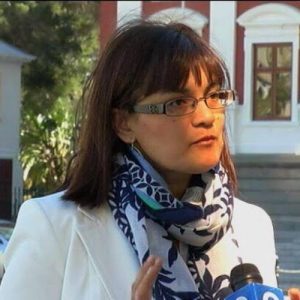 “We will be engaging another law firm which was not involved in material details related to the forensic report,” said new board member Judith February, a lawyer and governance expert. “We will seek fresh independent legal advice as to whether one may or may not institute possible sanctions regarding individuals mentioned in the report.

“We are looking at the report with fresh eyes and how best can we engage it. We don’t foresee that this will be very time-consuming,” February said. Wow. Not only are all the pressing issues being tackled, they are being done so expeditiously. It took the old board eight months – on full pay of R350k a month – to dismiss Thabang Moroe as chief executive.

There is forensic investigation expertise on the new board, commercial and financial expertise, player representation and the vast, first-hand knowledge of former CSA CEO Haroon Lorgat. It is an immensely reassuring group of professionals.

My optimism is shrouded in caution. The boardroom slate may have been wiped clean but six board members are still metaphorically in the room by remaining on the Members Council. The slate is stained. But I am immensely grateful to have any optimism at all.

Professionally, we’ve been running up and down the driveway and eating seagulls for two years.