A fictional riddle – what is the answer?

You are the owner of a small book-keeping company with ten employees. Margins are tight but you have run the firm for most of your life and always managed to make ends meet. It’s time to step aside and let someone else take over.

An old colleague in the book-keeping business recommends the ‘perfect’ manager and, you have to admit, the interview goes well and you’re impressed. It’s time to spend more time in your holiday cottage by the sea and with the grand kids. 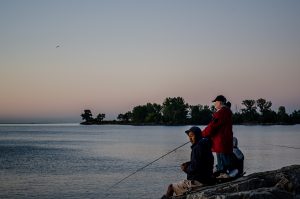 You keep an eye on the business and see that month-end figures aren’t what they used to be – and they’re getting worse. But the reasons seem plausible and, anyway, you’re enjoying the fishing and would rather let things sort themselves out. You are easily placated.

But a year down the line you’re worried and suspect that somebody might have their fingers in the till. You’ve certainly noticed that expenses have gone up. The new manager has persuaded you that a couple of staff changes were necessary during the course of the year and you no longer fully recognise your own company. It is partly your fault, of course. You’ve taken your eye off the ball.

So you hire a ‘sleuth’ to look into things. It’s on the pretext of a routine audit. The man comes into the office every day for 10 days, goes through the books and talks to the staff. He thanks the manager for his time, packs his briefcase and leaves to prepare a report.

You meet up a little while later. You are prepared to hear the news that there have, indeed, been unapproved expenses and even a couple of trips to the city which were neither necessary nor justifiable. You steal yourself to make some hard decisions.

Except your investigator has some bad news. It is much worse than you thought or expected. Not only have a host of long-standing, loyal clients taken their business elsewhere, the bottom line figures have been cooked beyond recognition. It is not a matter of fiddling expenses. Taxes haven’t been paid. It is fraud. It is illegal.

Suddenly it’s not just a matter of sacking the manager and tidying things up, starting again. Now there’s a legal case involving the prosecutor. You wonder whether you can just call the whole thing off but your detective is an honest man and says he can’t just walk away from a crime scene.

Then it gets even worse. He tells you that you signed off on the last set of accounts – you still own the firm. You, as well as the manager, are responsible for his actions. Both of you are likely to stand trial and, if found guilty, both are looking at prison time.

You ask your audit ‘spy’ to sit on the report while you consider your options and try to prepare a defence. But it gets worse. You receive notice from the Revenue Services that they suspect tax evasion and they will be sending a team of inspectors around to the offices to go through the books. You ask for the opportunity to correct any errors in the accounting yourself and resubmit your tax returns. But the net is closing and your options are dwindling.

Besides, even if you plead for clemency, the crimes have been committed and your ignorance is no defence.

You hire a lawyer who advises you that the case will probably take years to come to court and that preparing a defence will be costly. All the details in the report will have to be verified and those which will sustain a legal challenge will have to be sifted from those which can be plausibly denied. 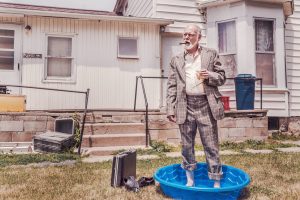 In the meantime, you have to keep the business running. The trouble is, how do you persuade the disillusioned clients to return, never mind attracting new customers, when the firm is under investigation and effectively in disrepute? But book-keeping is all you’ve ever known – keeping the business alive is your only shot at redemption.

The hardest part is answering the endless questions, especially from the majority of the employees who are innocent and wondering whether they will still have a job next year, or next month for that matter. They start looking for other jobs. Your lawyer advises that you can’t tell the truth in case you compromise yourself if and when you appear in court.

But the report is the report. You can’t deny it, change it or make it go away, and the Revenue inspector is pestering you to have a read of it.

What’s the way out?

« Inside the chaos that was, and is, Cricket South Africa
You can’t hide crimes, if they exist, forever. »